Nature Nurtures Us and Restores Our Sense of Peace

Nature. It nurtures our spirits and helps calm our brains and lower our levels of stress. That’s what a study published last week in Molecular Psychiatry states. The German researchers from the Max Planck Institute for Human Development, Sonja Sudimac, Vera Sale, and Simone Kühn, investigated the causal effects of natural and urban settings on stress-related brain mechanisms.

The researchers write, “The human brain is shaped by its surroundings.”  And its important to understand how and why as now, more than half of the world’s population lives in cities. And living in cities has been linked to rises in the frequency of diagnosis of mental health conditions such as anxiety, mood disorders, major depression, and schizophrenia.

Nature, on the other hand, has been proven in many studies to relieve stress and make people feel restored. (Because of this, the Japanese Ministry of Agriculture, Forestry and Fisheries in 1982 created shinrin-yoku or forest bathing.) Spending time in nature has cognitive and affective benefits, such as improving memory capacity, restore directed attention, and reduce negative emotions. Time in nature also decreases heart rate, blood pressure, and the stress-related hormone cortisol. All of these attributes of time spent in nature are wildly documented. (And maybe the benefits are because time in nature forces you—in a good way—to live in the present moment and to be mindful of the sights, sounds, and smells around you.) 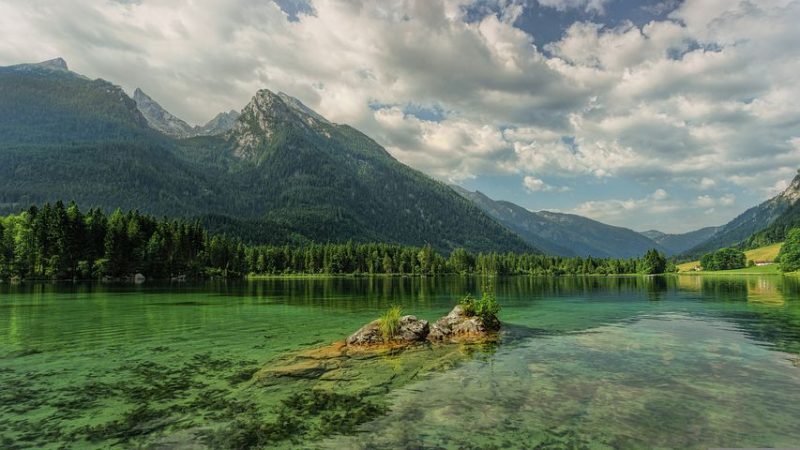 But what the researchers wanted to know is what does a human’s brain look like after spending an hour in nature during daylight hours. (Whole Champion has already written about how sunlight exposure positively affects children.) So in late summer and early fall of 2019, they pulled together a sample of 63 adults and had them fill out questionnaires and perform working memory tests and undergo fMRI scans. Then, the researchers sent the participants out for an hour’s long walk, either in a nature setting at Grunewald Forest, or in an urban setting, in a shopping district in Berlin. After the walk, the participants went back into the MRI machine for another scan.

The researchers write, “Our findings reveal that amygdala activation decreases after the walk in nature, whereas it remains stable after the walk in an urban environment. These results suggest that going for a walk in nature can have salutogenic [health supporting] effects on stress-related brain regions, and consequently, it may act as a preventive measure against mental strain and potentially disease.”

“The results support the previously assumed positive relationship between nature and brain health, but this is the first study to prove the causal link, said Kühn in a press release. Even short exposure to nature can decrease the amygdala activity, which means enhances the importance of accessible green spaces in urban designs to enhance residents’ mental and emotional health and well-being. And this is especially important since it is estimated that by 2050 more than 68 percent of the world’s population will live in urban areas.

But remember, after walking in the city, the stress activity in the participants’ brains remained the same as in the pre-walk MRI, which may argue against the widely held assumption that city living increases stress, according to Kühn. (More research will be needed on that.)

Additional research is needed as to how time in nature or in urban environments affects people at different ages and abilities and with a variety of health issues. Future studies from these three Max Planck Institute for Human Development researchers will focus on “how a one-hour walk in nature versus urban environments impact stress on mothers and their babies,” according to their press release.