Change is good. That’s what we believe at Whole Champion. Especially when that change corrects wrongs made over generations. That’s what The United States Department of the Interior is doing as it makes sweeping changes to the name of 660 geographic features (mountains, rivers, lakes, islands, and more) to remove the derogatory term “squaw” from the vocabulary.

The Los Angeles Times reports that leading Native American rights advocate and president of the Morning Star Institute Suzan Shown Harjo said, “…squaw was popularized by French and British trappers, who conscripted Indigenous women as slave laborers as early as the 1600s.” The term has historically been used as an offensive ethnic, racist, and sexist slur.

“Words matter, particularly in our work to make our nation’s public lands and waters accessible and welcoming to people of all backgrounds. Consideration of these replacements is a big step forward in our efforts to remove derogatory terms whose expiration dates are long overdue,” said U.S. Department of the Interior Secretary Deb Haaland, a member of the Pueblo of Laguna and a 35rd generation New Mexican.

Back in November 2021, she created a 13-member Derogatory Geographic Names Task Force, composed of members from the National Park Service, the Bureau of Indian Affairs and several other government agencies. The task force was in charge of surveying federal sites and generating new name possibilities, some of which are based on nearby features, such as if Castle Creek is near what was formerly called Squaw Mesa, a proposed new name might be “Castle Mesa,” according to Smithsonian Magazine. 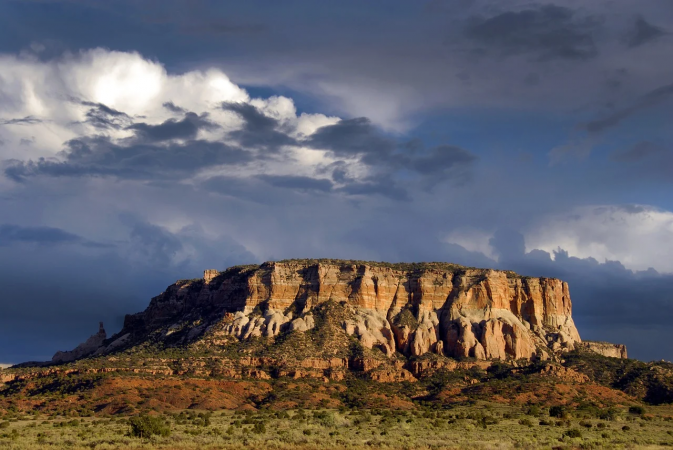 “Throughout this process, broad engagement with Tribes, stakeholders and the general public will help us advance our goals of equity and inclusion,” Haaland said. Task force members are soliciting public feedback on proposed changes, which can be found at this link.

Ways You Can Create Name Changes And Make Your Voice Heard

Each place has a minimum of five alternate monikers, and you can suggest others, if you’d like to be proactive helping with the changes. You can also comment on name candidates using this form. Or you can snail mail comments using these instructions to Reconciliation of Derogatory Geographic Names, MS-511, U.S. Geological Survey, 12201 Sunrise Valley Drive,  Reston, VA 20192 by April 25.

In addition to renaming the places, Haaland officially declared “squaw” a derogatory term and directed the task force to replace the word with “sq­_ _ _” in all official communications, as Rina Torchinsky reports for NPR.

But the federal government isn’t the only one changing geographic labels. States like Maine, Minnesota, Montana, and Oregon had already banned the word from place names, starting in the early 2000s, and California has proposed legislation (called Assembly Bill 2022) to replace all uses of the word before January 1, 2024.

And some places have proactively changed their name, long before a government entity has told them to do so. For example, last September the historic ski resort in Lake Tahoe changed its name to Palisades Tahoe after listening to their local community. Darrel Cruz of the Washoe Tribe Historic Preservation Office (on whose land the resort sits) said, ‘We have been in the area for thousands of years. Olympic Valley is within the ancestral homeland of the Washoe people. The word itself is a constant reminder of the unjust treatment of the native people, of the Washoe people. It’s a constant reminder of those time periods when it was not good for us. It’s a term that was inflicted upon us by someone else and we don’t agree with it.”

Palisades Tahoe’s website provides a timeline of the process they went through and how they arrived at the new name.

If you’d like to understand more about how a place name can affect people, check out this TedTalk, The Lasting Legacy of Place Names by Karen Beane.